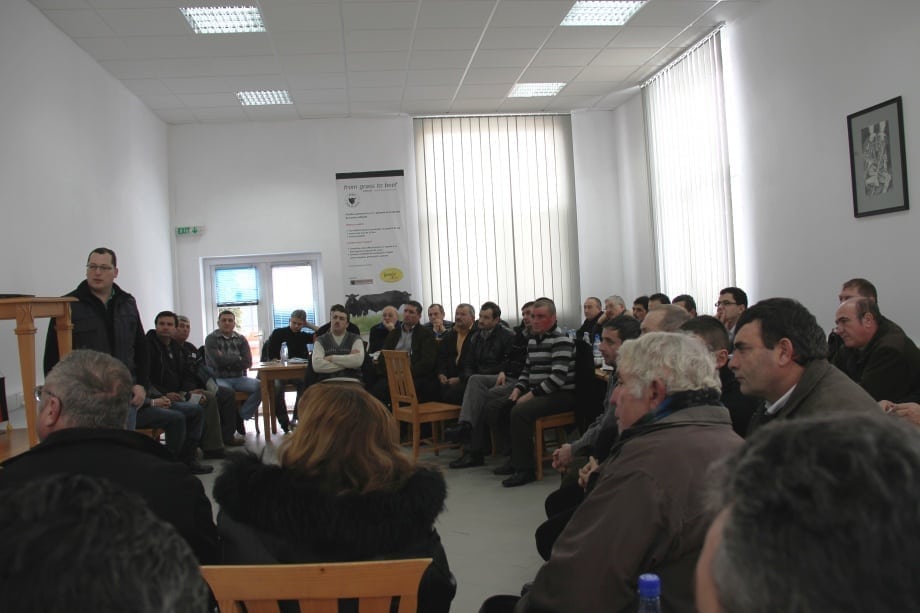 Friday, January 27, 2012 was held at the headquarters of Karpaten Meat the first meeting with farmers in the county of Sibiu in order to familiarize them with the technology of breeding ANGUS beef cattle. The purpose of the meeting was to discuss the crossing program, to mount the existing Romanian Bălțata with Angus bulls or through artificial insemination and the commitment of Karpaten Meat company to buy the calves resulted from this reproduction according to a contract.

The meeting was organized together with the Department for Agriculture Sibiu and the Agricultural Chamber of Sibiu. Involved in this initiative was also the prefect of Sibiu, Mr. Horatiu Dumitru Răcuciu. Participants at this meeting have been farmers from Hârtibaci Valley and Marginimea Sibiului who were interested to move from milk cows to beef production while having the marketplace secured by Karpaten Meat company.

Friday February the 3rd, 2012 a second meeting in the series will take place and farmers from the Medias surroundings will be invited. 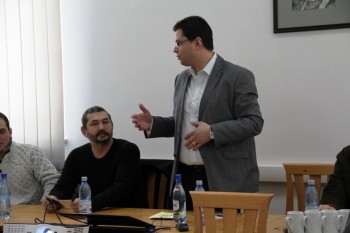 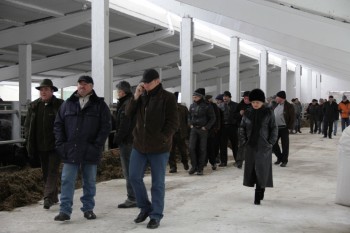