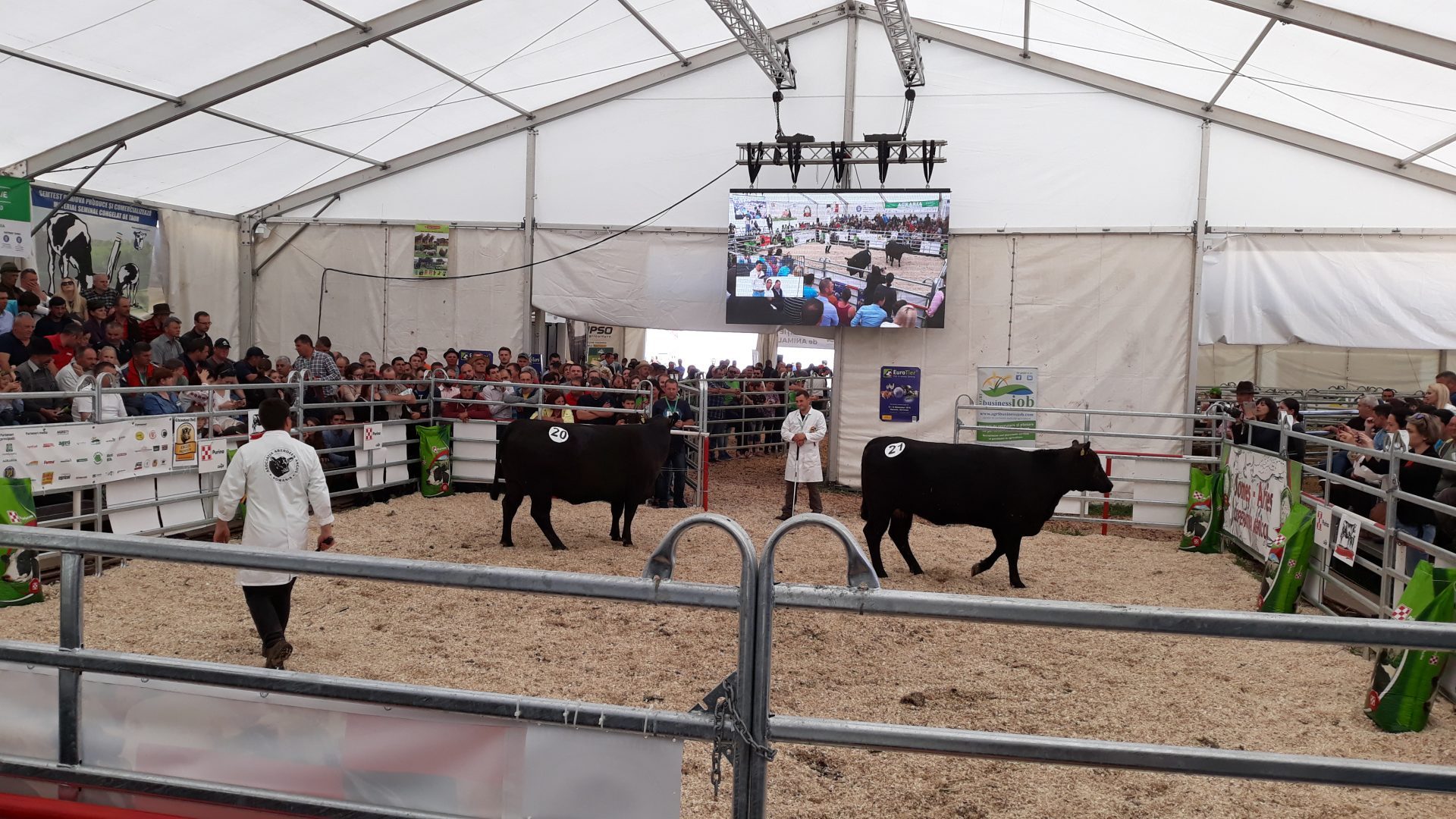 A new edition at the most important agricultural fair from Transylvania took place last weekend at Jucu, Cluj Napoca.

The long awaited moment for farmers was the Angus Cattle Auction in Romania, organized by the Aberdeen Angus Association from Romania. The participants could estimate the value of the animals as accurately as possible and correctly evaluate the animals that entered at the auction, the previous day those interested could participate at a cattle quality show, which was judged by Emilia Ciurescu, Iacob Lelior and Mircea Bara.

The auction started with a speech by Bernhard Delle, a renowned international specialist in genetics and Angus, who highlighted the importance and the value of a top genetics and the spread of top animal characteristics by selecting breeding specimens. He also spoke about the beginnings of this breed in Romania and about Karpaten Meat Group – the first indigenous farm that brought Angus genetics and which has now 10 years since its founding, is the largest Aberdeen Angus breeding farm from Europe.

At the opening of this event, other important representatives of this sector were present on stage. The president of the Association, Mr. Olteanu Marcel presented the process of organizing the auction of Angus cattle in Romania and after this the ANZ director, Mr. Iacob Lelior, joined. The hosts of the event were the executive and technical director of the Aberdeen Angus Romania Association, Mr. Ioan Gociman, together with the first cattle auctioneer in the country, Mr. Radu Antohe.

In the ring, the animals were grouped in succession, while the audience presented the individual performances of each specimen, the origin and a short description of the farm origin. All 27 animals were successfully purchased by the participating farmers, trained in the auction game.

The most important moment was the auctioning of a pregnant cow from the Karpaten Meat Group farm, which recorded one of the biggest purchases in this edition, close to the value of the most acclaimed bull. All the cattle from Karpaten Meat Group were appreciated by those present, all of them being purchased after a vigorous exchange of counterfeits.

At Agraria 2018 fair, Karpaten Meat Group stand for Premium Angus beef was successful. We were pleasantly surprised by a large number of visitors who specifically looked for our location to find out more about the online store and the way the meat / beef can be purchased. After a long and warm day, on Saturday afternoon, those present at the fair could even taste Angus beef in a specially prepared menu.

As with each edition, the event had a large number of participants, people directly interested in developing a business in the field and with a significant contribution to exhibiting companies. For the KMG team, the results were visible even from the spot through the positive feedback received from the participants.