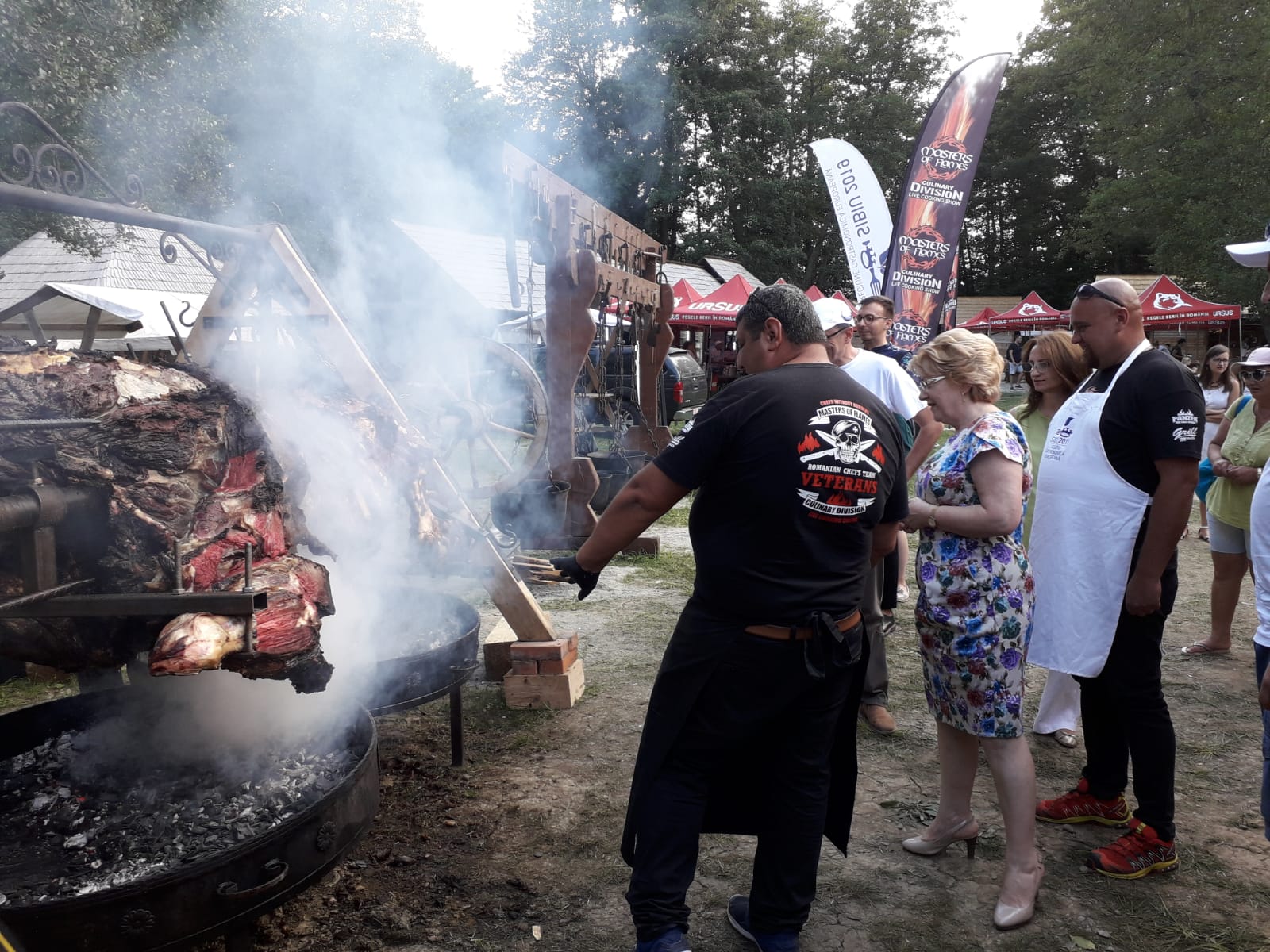 A copious culinary weekend crowded the city of Sibiu on the 11-th and 12-th of August. Three events within the program Sibiu, a European Gastronomical Region 2019, livened up the streets and brought visitors to dinner both in the city town and in the Dumbrava Forest.

The Astra Museum hosted the biggest bull on a skewer in Romania which was cooked within the Angus Steak Mega Show event, as preview of the gastronomical program for the next year. Its’ preparation has begun from the very first hours in the morning and was carefully surveyed by the chef Radu Zărnescu. The numerous public had the opportunity to try the Angus beef from the local production in the Karpaten Meat Group farm and could enjoy an unique culinary show outside.

At the event were present representatives of the consortium Sibiu, European Gastronomical Region 2019 and they spoke about the great importance of the promotion and the conservation of the autochthon gastronomic traditions. At the same time they pointed out that the culinay events’ series of the next year will enrich the local culinay culture, sustaining the local producers. The Premiun Angus beef on a skewer was appreciated also by Mrs. Mayor Astrid Fodor, the president of the Country Council, Daniela Câmpean, local residents and tourists which were present there, guests wearing regional costumes from the Arad area and curious passers -buy. All of them joined in the feast.

Those who have preferred these days to stay in the city center could also take part to a gastronomic event ”Hai la masă! Rețete demult uitate, rețete redescoperite”, At its second edition, the project was organized by the e-Xplorator Association in partnership with Lucian Blaga University from Sibiu, sponsored by the Town Hall of Sibiu.

The event invited people to taste the traditional products, cooked following old, but rediscovered, recipes. At dusk 4 cookers from Sibiu were challenged to a culinary show with modern tastes, in order to recreate the products using the same ingredients. The Premium Angus beef was part of this menu too, representing the main ingredient for a delicious beef stew, as grandma used to do it, and afterwards, inspiration for a meat dish by Ghiță Andreica, the chef of Ramada.

The next gastronomical year with its culinary events from Transilvania region, local products are the focus of attention and become ambassadors of the region, gaining more and more importance to the disadvantage of the low-quality products, from import. Thus, we are greeting within these two events the opportunity the gourmands had to try local products, healthy, natural and tasty as the Premium Angus beef. 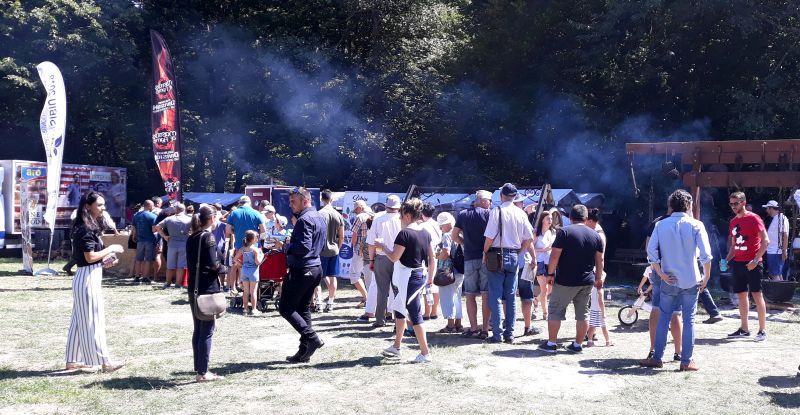 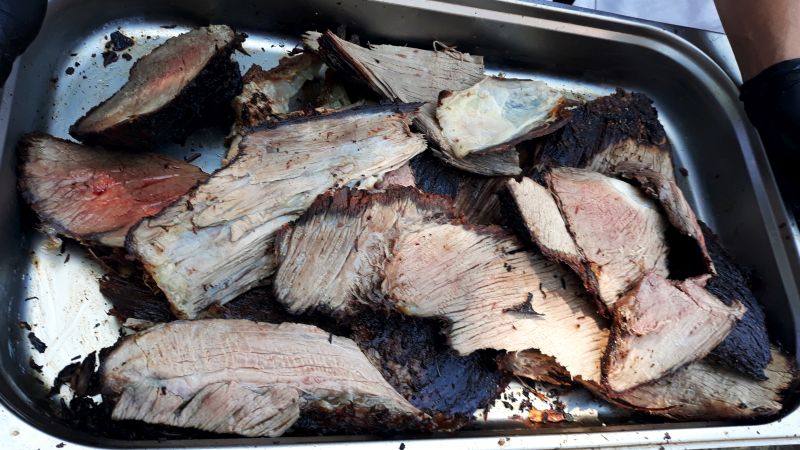 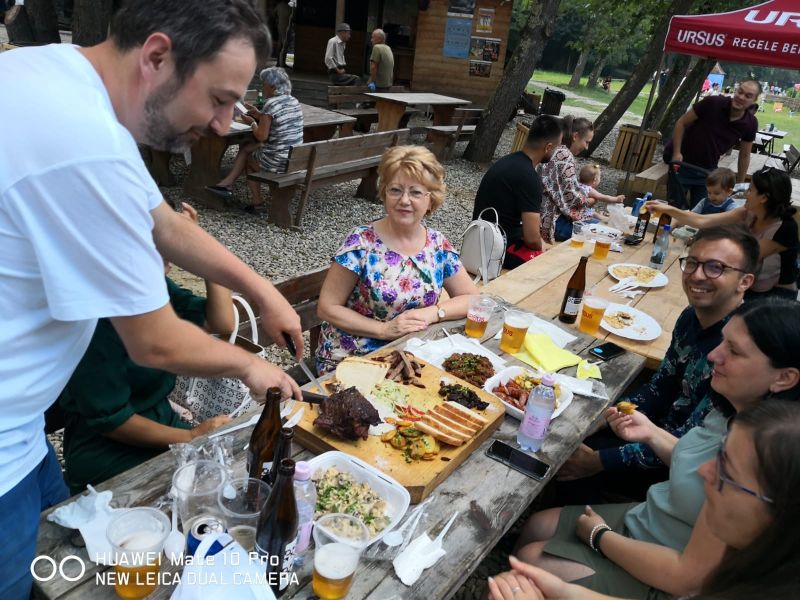 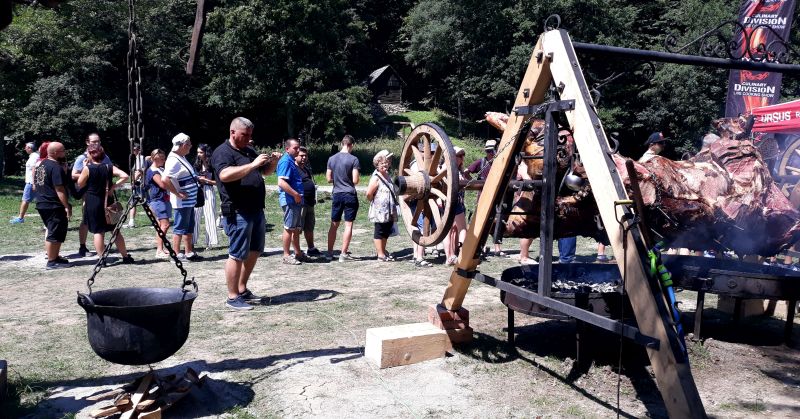 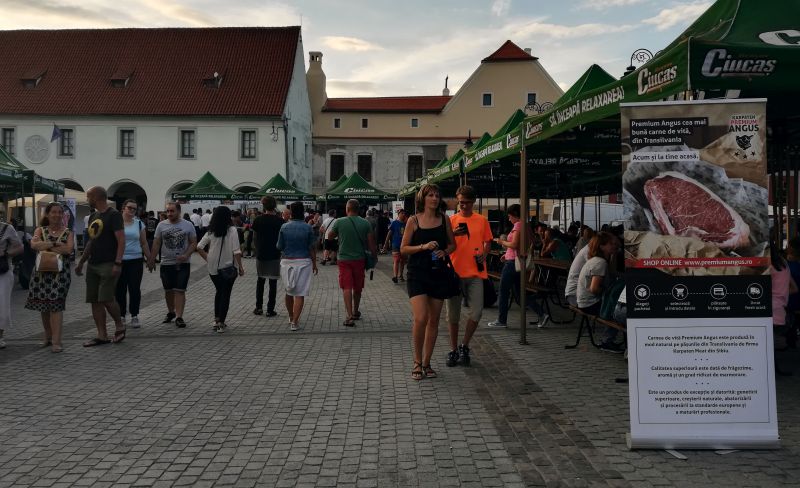 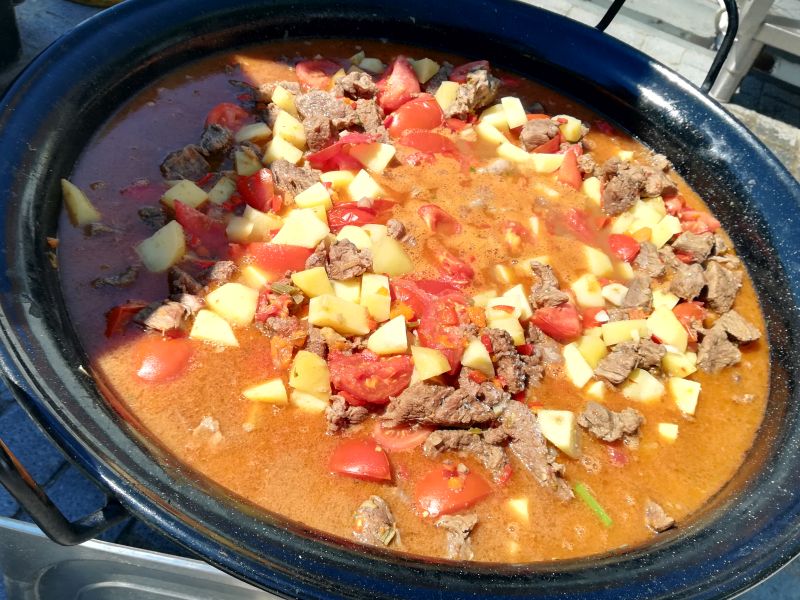 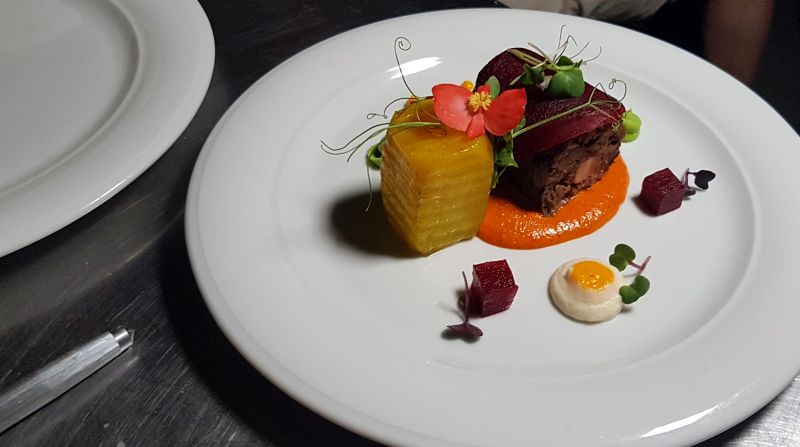 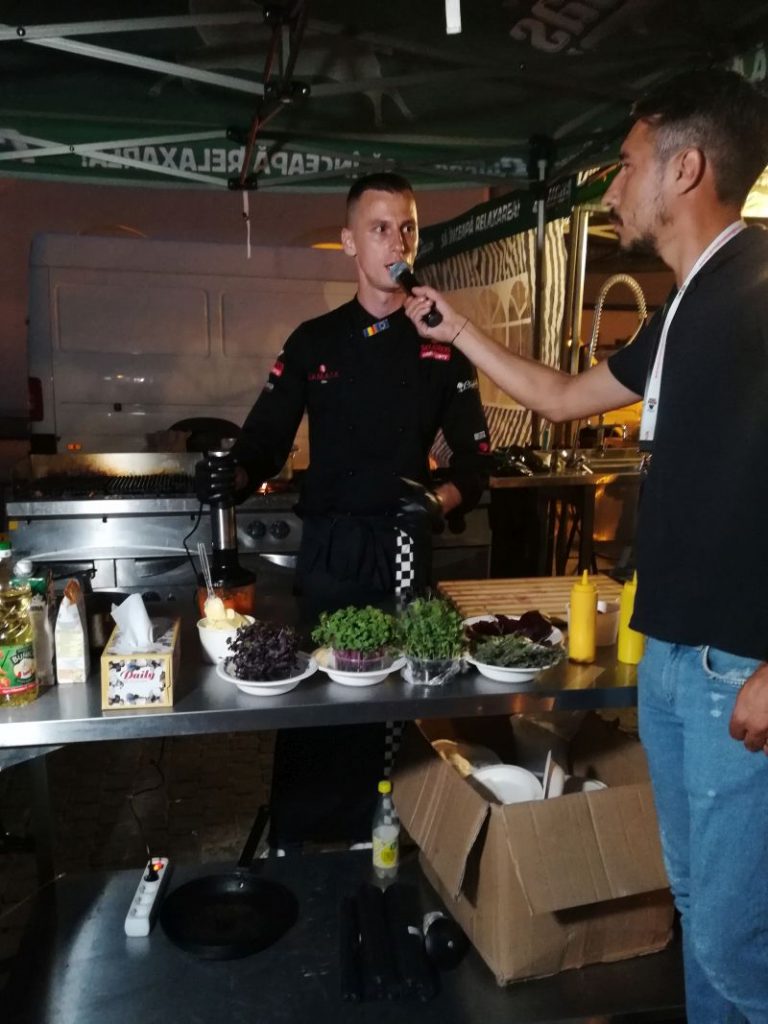