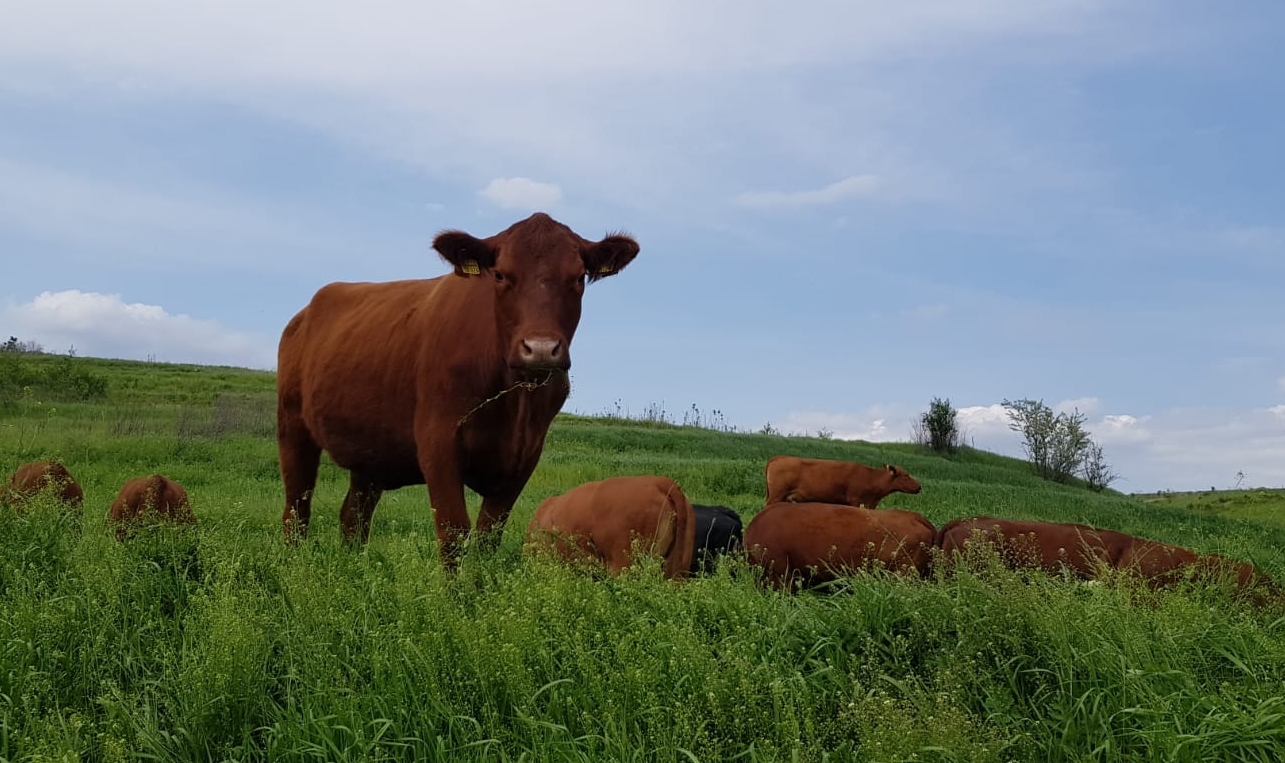 #ANGUSSUCCESSTORIES – FROM WILLINGNESS TO EXPLOIT HIS GRASSLANDS

With nearly 200 hectares of pasture land, Mr. Bogdan Ciubotaru has raised the issue of capitalising on the property. He initially thought of raising other animals, but no solution was profitable for him, so he focused on raising beef cattle.

Soon he found information about the characteristics of the beef cattle breeds and he opted for the Angus breed, a renowned breed due to the small investments needed in the management of the herd: “I chose the Angus cattle, because first of all they have easy calving, they are easy to care for, make good use of pasture and do not require supplements, like other beef breeds; they do not need any stables; I made them a sort of tent, a shelter for the winter and that’s all”, confesses Mr. Ciubotaru when he tells us from his experience.

The business with Angus started in 2015 and he encountered difficulties as well, but he learned from mistakes and was pleased with the choice he made. “Certainly, there were also difficulties, especially in the early years. In 2017 I did not let 8 cows to be mounted at the right time and they did not take calves that year; I had other difficulties, but I don’t complain.”

Lacking of experience and zootechnical knowledge, the support of the Karpaten Meat Group was welcomed, Mr. Ciubotaru enjoyed the collaboration with the KMG farms and the support he received. For the future he wants to focus on breeding and reach a herd of 200 pure-bred Angus mothers.

KMG encourages such initiatives and wishes to develop strong and sustainable partnerships with Romanian farmers. Join the largest Angus network! Contact us at info@karpaten-meat.com or by phone at 0269/232 977.