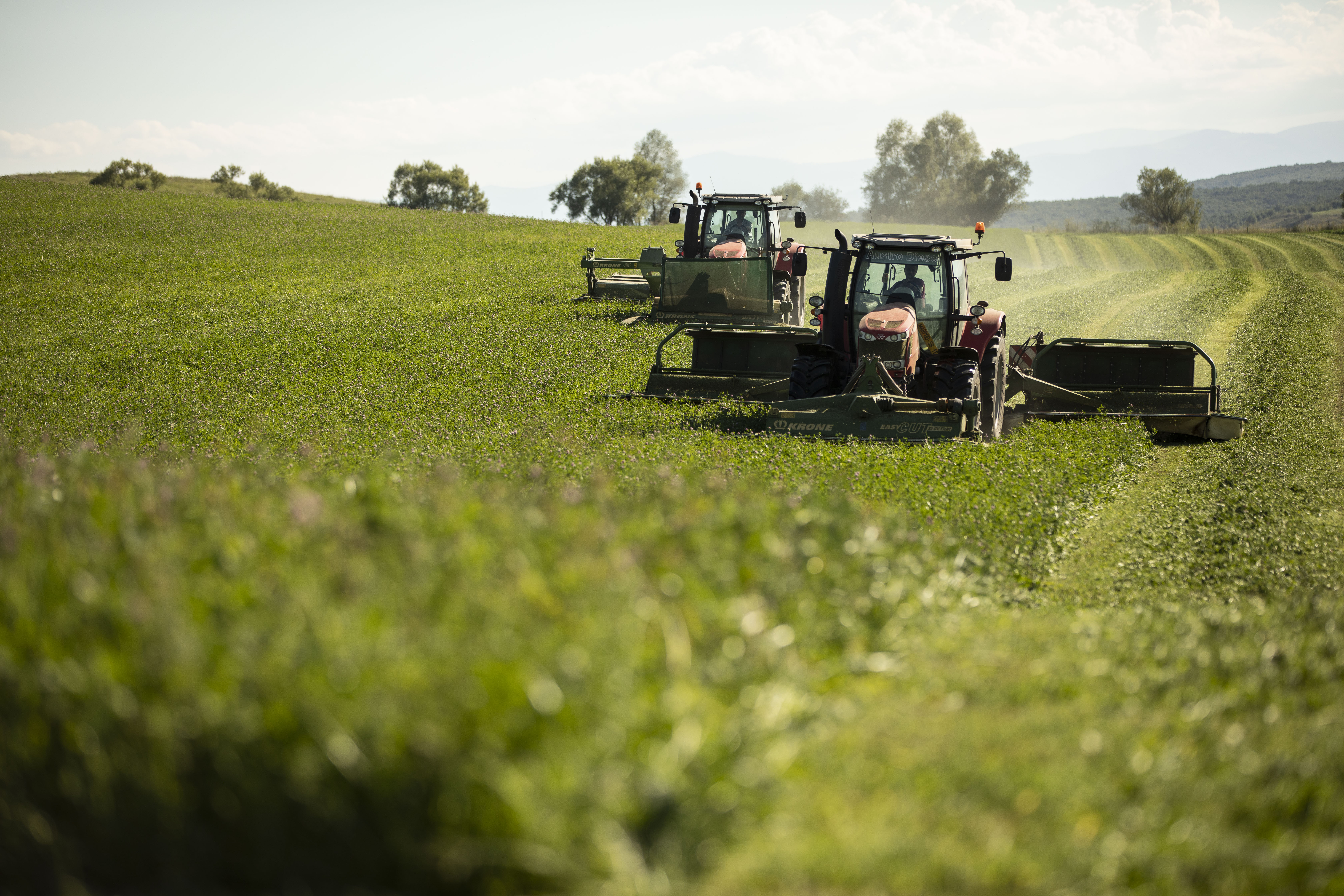 The beginning of autumn marks one of the most important periods in terms of agricultural activities, including in an Angus cattle farm.

At the end of August-early September, the maize is harvested to be ensilaged. Its harvesting is done in the milk-wax phase of the corn cob, and the resulting silo contains as much grain as possible, providing the energy needed for cattle. The silage is made immediately after it is harvested, in the silo batteries of the farms; afterwards, it is tightly sealed, closed and left to ferment.

Depending on the cattle age and its needs, the daily fodder ratio during the winter period varies.

Fibrous fodder (which is normally already prepared at this time of the year) can provide 20-40% of the dry matter and contain high levels of cellulose, a nutrient that herbivores need. This facilitates the digestive processes, being the main energy supplier for the body. For calves, hay is all the more important, as it contributes to the development of the digestive tract.

However, the main contribution in the ruminants fodder is molasses, which has a high energy value, with a content of 48-52% sugar. It is by far the most easily digestible and assimilable assortment of forage, being a good source of mineral substances such as potassium, sodium, copper, iron, zinc.

After the preparation of the basic fodder, once the maize period ends, the work for the current year ends. At the end of the month, the next agricultural year begins, with the manure fertilization works on the farm, both on the plots to be sown in the spring of the following year, but also on pastures.