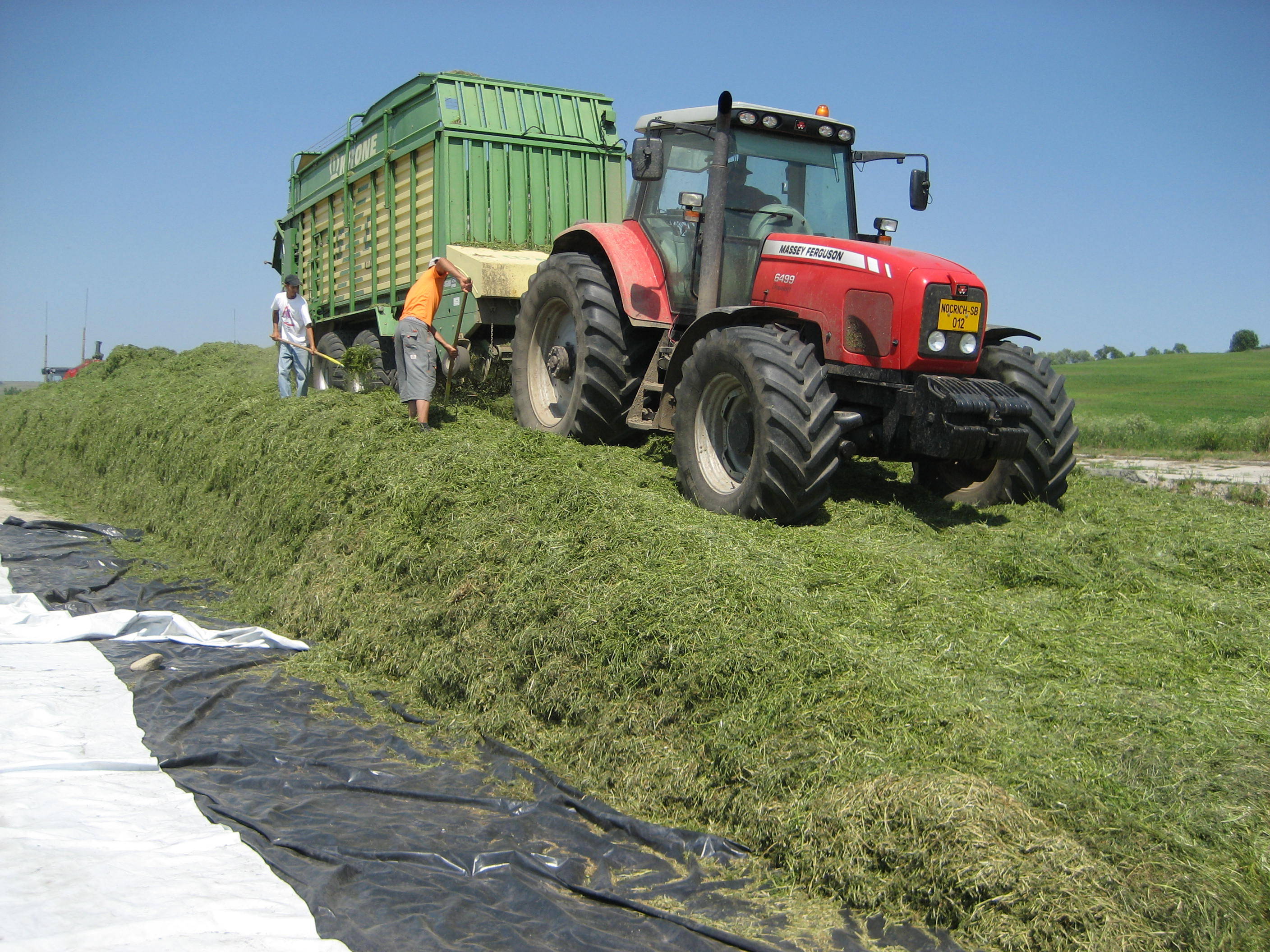 Due to the need for organic protein in animal fodder, as an organic product, we use alfalfa silage on the Karpaten Meat farm. In the summer months, we mow the lawns several times, depending on the specificity of each year, precipitation, etc. The pastures on the Hârtibaciului Valley are suitable for making both grass silage and corn silage. Harvesting is done in the bellows stage of the flowers when the plants contain as much protein as possible.

We can get hay bales, silage bales, grass silage. After harvesting, the location is arranged, the grass is compacted very well, and the last action taken is to close the silo so that the air is eliminated and in the absence of air the fermentation process begins. Harvesting grass for silage is done in silo batteries. The preparation of the silo can be done in the field, and the silo can be arranged both in the farm batteries and in the field, in the areas near the pastures where your cattle are planned to spend the winter.

The success of a silo is due to the fact that the green alfalfa harvested at the beginning of flowering, after a previous wilting for five to six hours, on the same day or the next day – if it was harvested in the afternoon – is introduced in a room padded inside with durable foil, specially made for silos. The filling is done through the top and, as the inner contents rise, it becomes uniform and compacted. Finally, an empty space is left at the top, about 25-50 cm high, necessary to press the silage. Thus, one of the basic conditions of silage is achieved, namely: compaction in order to ensure anaerobic conditions, favourable to lactic fermentation and, at the same time, obtaining a perfect seal.

It is very important that, after harvesting, the silo is hermetically sealed and left to ferment. Alfalfa ensiled by this method retains, for the most part, its organoleptic and nutritional qualities and less those losses caused by the proteolysis process. For the success of silage, the aim is, first of all, to increase the sugar and dry matter content of alfalfa, an essential aspect for the development of the desired lactic fermentation. Lactic fermentation increases the chances of preserving alfalfa and its feeding qualities. 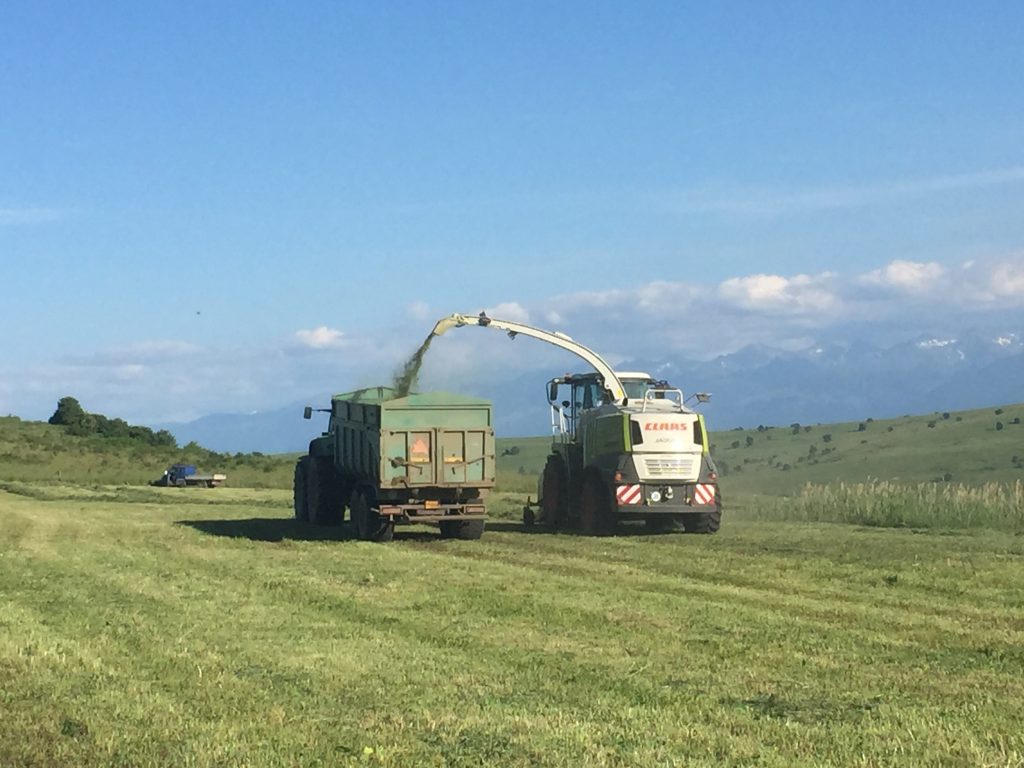 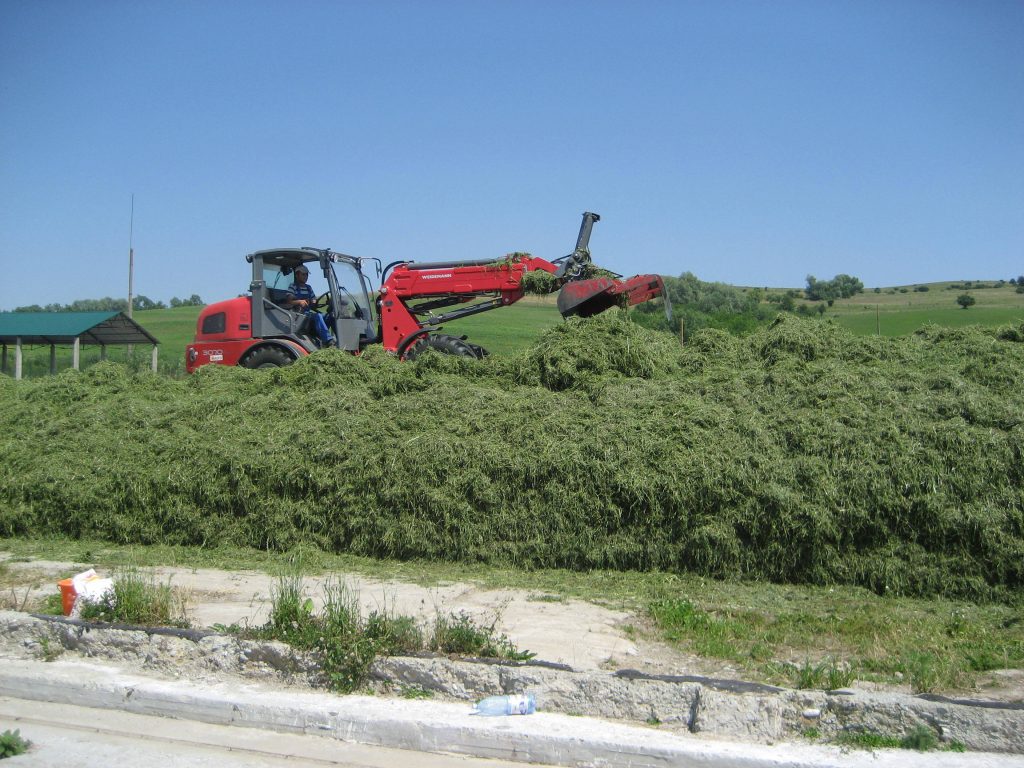 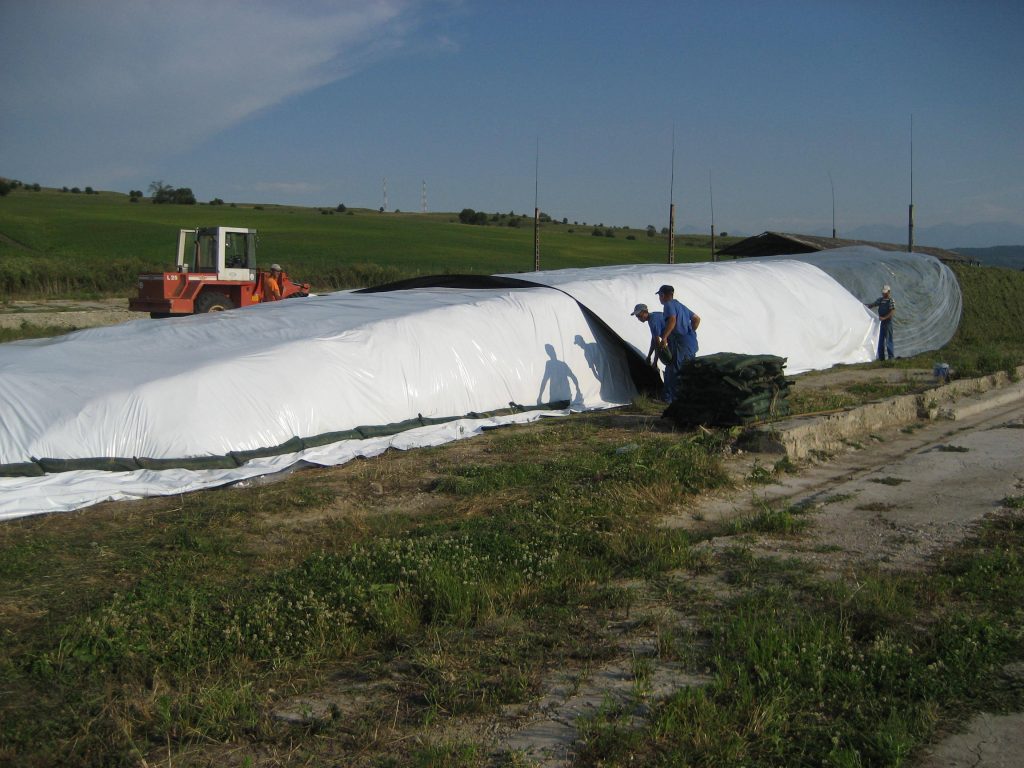 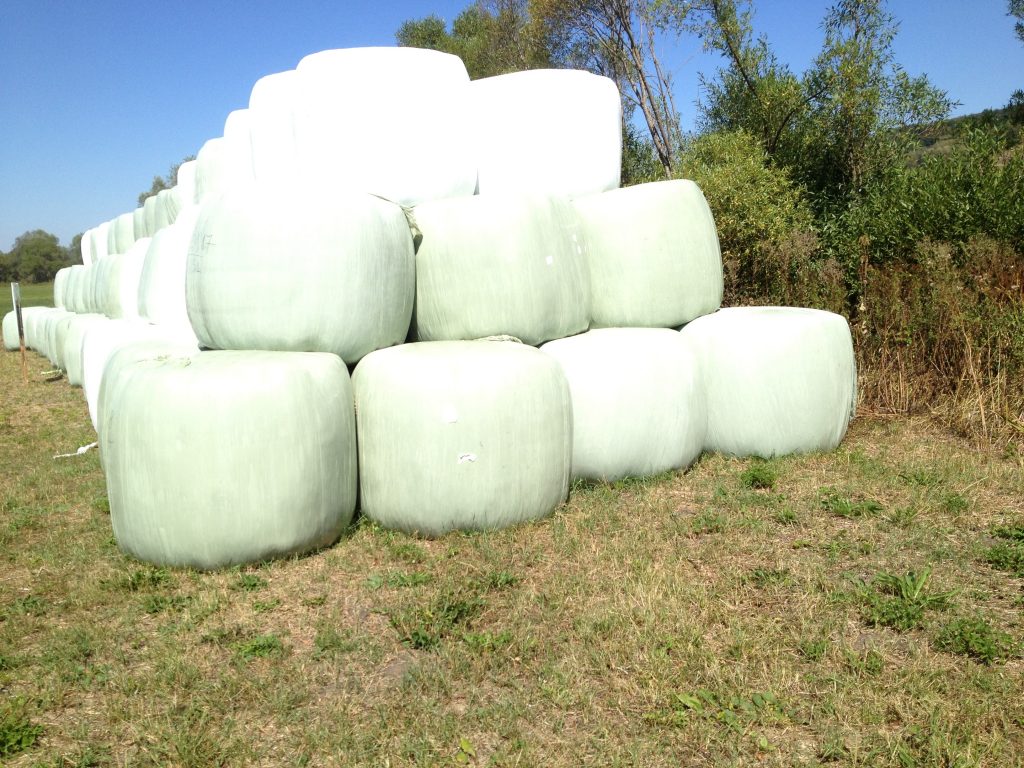