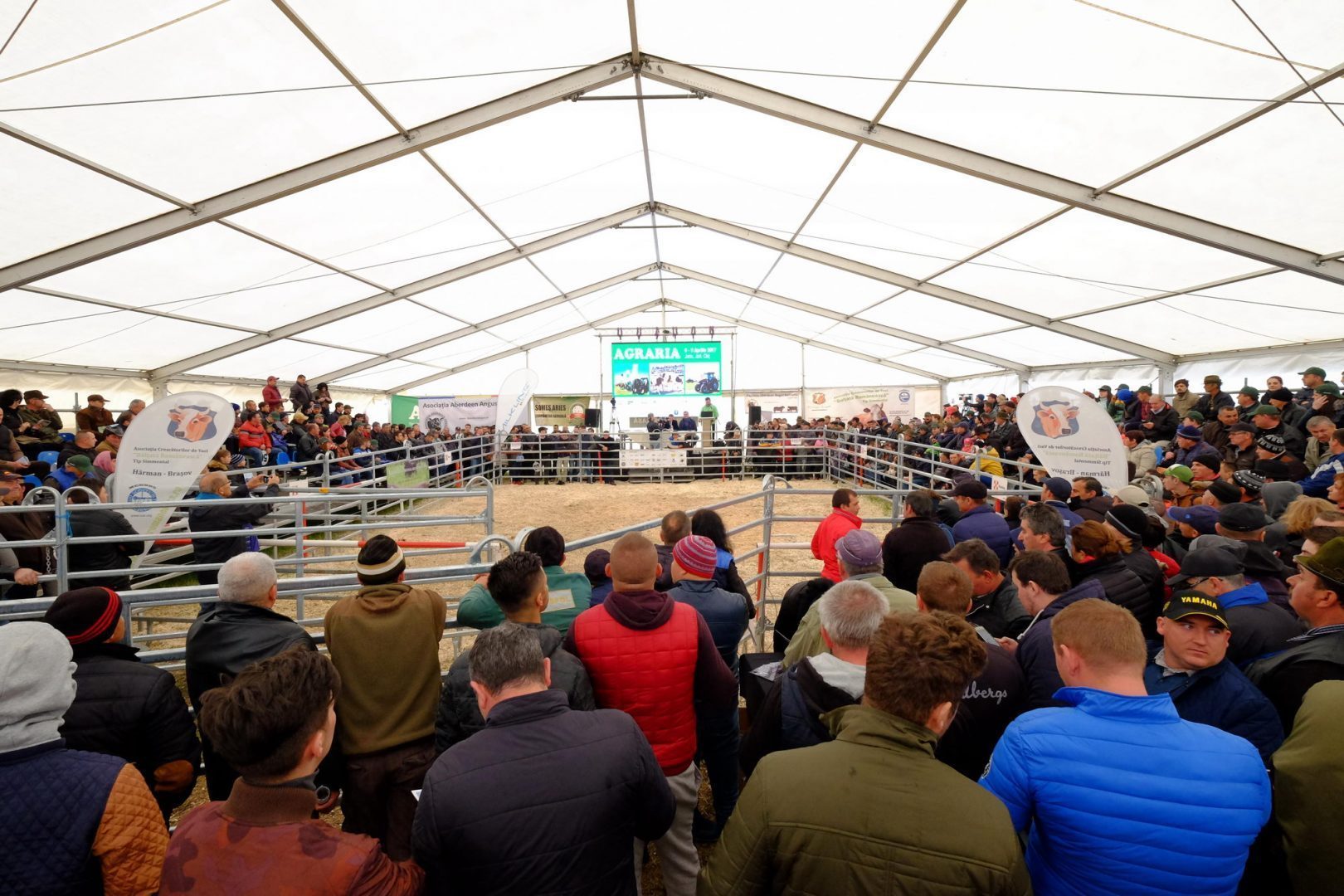 Agraria Fair 2018 will take place from 19th until the 22 of April. The fair is already at the 24th edition, being the number one event from Transylvania in the zoo-technical field. The Agraria Fair will take place, as in every edition, in Jucu, Cluj country.

The date of April 21 is marked by the Angus Cattle Auction in Romania, which will take place in the same location, but in a dedicated area. The day before, the Aberdeen Angus Romania Association, the organizer of the Auction, announces a presentation of Angus cattle in the ring.

The first Aberdeen Angus Auction in Romania has proven its importance and beneficial effect in the Romanian livestock space and we expect that this annual will bring even more value to its participants at the second edition. „Both the best-known and small-scale farms will be present at this event, the only one of this kind in the country. So, the Angus cattle farmers have direct access to information, in an open space where they can see some of the best specimens on the territory of Romania“ – says the press release from AAARO.

This event represents an opportunity for Aberdeen Angus cattle breeders to see top genetics cattle, sell or buy such specimens or even discuss topics of interest on applied cases with top developers of the field. The evolution of this sector over the years has been spectacular, reaching over 30.000 heads of Aberdeen Angus cattle throughout the country. Karpaten Meat Group has contributed substantially to this development.  Karpaten Meat Group was the first Romanian farm that developed a cattle business of this breed and nowadays 80% of the cattle on the market come from here. A pioneer farm and a role model that supported many other farms, encouraging their  involvement through partnership programs dedicated to Angus breeders in the country.

Although more and more people are heading for this breed, few understand the importance of a pure, top genetic cattle. This is the key point in achieving an efficient management that shows the profitability of the farm. Good genetics ensure a high conversion from body-fat, reducing the cost of animal care. Also, mother cattle have easy calving and their calves enjoy more milk until weaning, when their body is already ready to resist to the change and disease that can appear.

With the example of great similar events in the world and knowing the importance of participation for a realistic market assessment, Karpaten Meat Group will be present at the fainr but also at the Angus Auction in Romania – an important initiative for Romania and for the correct development of this section.